I read the obituary of Miss Clara Breed when I was visiting San Diego as a traveler after retiring from Kyocera. I met Clara several times in the late ‘70s at a fundraising board meeting of the San Diego Balboa Park Friendship Garden project, with the Honorable Japanese Consulate General Will Happen Jr. as President, Clara as secretary (requested perhaps by Joe and Liz Yamada) sitting on the Board, and me, representing my employer - Kyocera.

The obituary opened my eyes to her career as the ex-President of San Diego Public Library, and her close associations with the Japanese community, especially with children during the very dark period when they spent their days in concentration camps during World War II.

I wrote "4215" with my felt-tipped pen, followed by "Trias" on the notebook I carried then and it became my Breed notebook ever since. Trias in Mission Hills, San Diego is located a bit north of Fashion Valley on the slope. The neighboring Hillcrest has UCSD Medical Center Complex on the plateau. I frequented the above mentioned Honorable Japanese Consul General Wil Hippen Jr.’s residence close to Presidio Park for various projects which included the Japanese Naval Force band reception on Ports Call.

Losing husband Ruden, a pastor, Clara’s mother Estella arrived in San Diego in the 1920s, invited by Estella’s sister and her husband. Clara graduated from San Diego High as an honor student. Her school activities were diverse - art, horseback riding, tennis and making graduation albums. She made her own miniature house zoo, feeding foxes, raccoons and possums. I assumed early San Diegans enjoyed a life close to nature.

In the obituary, I read Clara kept a boxful of letters from children and when I called Liz Yamada, she already donated them to the Japanese-American National Library (JANL). She introduced me to Tetsuzo Hirasaki for a meeting and I had a valuable conversation with Tetsu (he passed away shortly after we met).

I visited JANL and copied a few letters from children reading “Dear Miss Breed” as samples. I was told the library was in the process of sorting through them and would take at least six months to finish. Joanne Oppenheim, the author of the Dear Miss Breed (Scholastics), miraculously found out about Miss Breed by inquiring at JANL about her Japanese classmate and started interviewing 'Miss Breed's children'. I heard about Joanne’s interviews through Liz and waited until her book came out in 2006.

The Japanese edition of Joanne Oppenheim's book came out in July 2008. Not bad! The translation took me two years (I wish to thank Eisho-no-Kai members for partial translation) and only had to count days needed to find a publisher. Luckily, Kashiwa Shobo in Tokyo came to my rescue.

I have to thank Teiko Uemura as my great self-sacrificing partner. She helped organize the manuscript into a fine, neatly typed Japanese version. I met her at Kumamoto Toastmasters Club and we bonded over sharing a cordial spirit. She later moved to Hachioji, Tokyo but we remain tied in the same spirit.

2006: Smithsonian Institute incorporated four of the Dear Miss Breed letters into lesson plans to be used in Business School documents 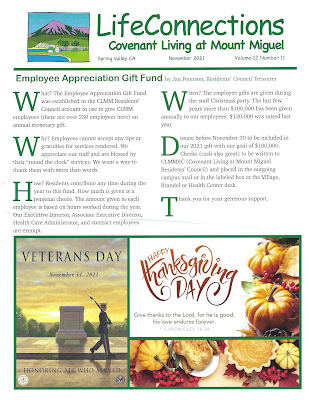 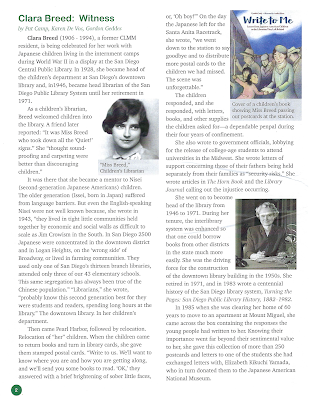 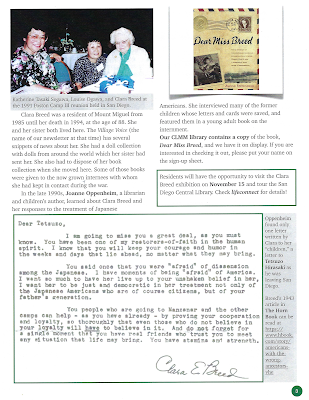