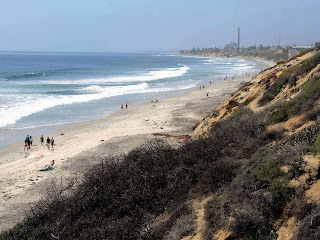 On July 17, I heard about the brush fire that set 20 plus cars ablaze on the California highway I-15. I mistakenly thought it was in El Cajon. Oh, no! I thought of El Cajon, San Diego but I heard it wrong. It was Cajon (meaning ravine in Spanish) Pass in San Bernardino. Checking on where Cajon Pass is, I found it close to the junction of Route 138 east to Lake Arrowhead. That is where I stopped the car to see the Mormon Rocks on my way to Victorville and maybe to Las Vegas via Barstow. In the late 1800s, Mormons from Utah, trudging their covered wagons, named those gigantic rocks and followed the arrow sign "to go down south the mountain road" and ended up settling in San Bernardino.

As an ex-San Diegan, I opened my dusty San Diego Roadmap to review San Diego water reservoirs I knew. My understanding is that San Diego is 20% dependent on the northern State Bay-Delta water, 65% on Colorado River, 15% on local surface/ground water, conservation (reservoir) and recycled water. Please kindly correct these figures if I’m wrong.

Two major San Diego Rivers (both about 50 miles) originate in the Cuyamaca Mountains. First, the San Diego River, from the northwest of Julian, a historic landmark for goldmines and today known for its apple-pies, flows southwest until it reaches the El Captain Reservoir, the largest reservoir in San Diego. Then it flows down through Santee and Old Mission Dam Historic Site before going by Fashion Valley through the floodway to Mission Bay. The other, called Sweetwater, runs down Alpine through Cleveland National Forest into Harbison Canyon (after John Harbison who built his honey kingdom there but was destroyed by fires - in 2003. President G. W. Bush inspected the site accompanied by both Governor Gray Davis and Governor Elect Arnold Schwarzenegger) and discharges into the San Diego Bay. Other reservoirs listed on the map include Sutherland, Cuyamaca, San Vicente, Dixon, Miramar, Morena, Loveland, Otay, Sweetwater and lakes include Henshaw, Barret, Hodge, Mohlford, San Marcos, and Del Cerro.

I have followed various attempts at desalination in California over the years, starting with efforts by Point Loma Naval Unit (taken to Guantanamo, Cuba), General Atomic testing and then SDG&E Carlsbad plant. Last year, it was reported that there was a breakthrough after decades of studies conducted and financed by Poseidon Water at the Agua Hedionda (stinking water in Spanish) desalination plant in Carlsbad. It utilizes the most advanced reverse osmosis technology in collaboration with the nearby Encina Power Plant (now owned by NRG Power). Poseidon Water is advertising a public plant tour on September 4.

I assume the plant completion is imminent. Once production starts, 50 million gallons (190,000 cubic meters) of water per day will be delivered to San Diego residents. I co-owned a house in Carlsbad with my son, so I felt pleased and proud of the achievement. The plant will be the largest in the western hemisphere and by 2020, the plant is expected to supply up to 7% of San Diego County water demand. 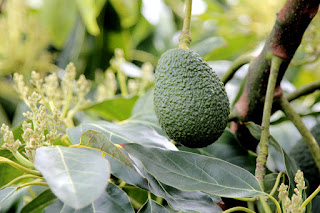 My first visit to San Diego was in spring during mid-50s. I was charmed with the climate and Balboa Park. It was “love at first sight”. When I heard about a job opening a decade later, my mind was set and I was ready to face my destiny. “Maquiladoras” (an operation in a free trade zone) was just happening right over the Mexican border. I like Mexican dishes. My favorite avocados are mass produced. I took my family and other to Old Town, Coronado, La Jolla, El Cajon, Escondido and even to Tijuana on weekends, all in pursuit of Mexican cuisine. Our Sunday lunches were from “Salazar’s”, at the Clairemont shopping center around the corner from where we lived and we all loved their burritos and Chimichangas.

I often took newly arrived expatriates to introduce them to Mexican tacos and quesadillas. Their first reactions were wry and unfavorable. But I thought they would thank me after awhile as their taste developed. My conviction was firm. However, very few thanked me.

Coming back to Japan, I miss everything Mexican. Big cities like Tokyo and Osaka have a Mexican restaurant or two. I frequented El Torito in Roppongi when I was in Tokyo. The nearest city where I live now is Fukuoka.

A good thing is that we can buy avocados throughout the year at our local Price Club. The zooming Japanese import of avocados, mostly “Hass” (pronounced hoss) are from Michoacan in Mexico (95%). I visited Uruapan, the avocado capital of the Michoacan State. The import price is between 300 yen and 400 yen each. 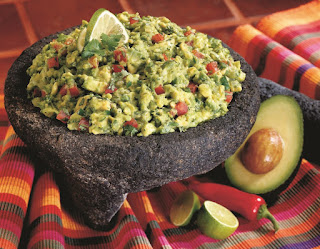 Recently I read the sad news that the California drought may reduce avocado production and my favorite San Diego 'Chipotle' predicts suspension of serving guacamole at its restaurants. I’m praying that Mexican avocado groves will escape the drought so that we Japanese can continue to enjoy this delicious fruit with no inflationary price.

Planting of avocados in San Diego dates back to 1892 according to the California Avocado Association. The oldest avocado tree in San Diego County was a Mexican seedling in Escondido, which came from the Department of Agriculture, Washington. Avocado is as old as rice in human history, Incas being the first to harvest as early as 500 BC. I found a tale of savage revenge from the South American country of Guiana. Ancient Aztec, Mayan and Inca cultures believed that avocados nourished the body externally as well as internally. Mayan folklore tells how the famous Indian, Seriokai, was able to trace his unfaithful wife to the end of the world. The lovers adored avocados and ate them wherever they went. Seriokai followed the young trees, which sprang from the discarded seeds. The three, the lovers and their pursuer, are now in an endless race up in the sky, Serioki as Orion, his wife Pleiades, and her lover, the wicked tapir as Hyades.

In Mexico, the avocado has long been considered an aphrodisiac. An old Aztec legend describes how young and beautiful maidens were kept in their rooms for protection during the height of the avocado season.

Avocado production in San Diego was strong in the 1900s, occupying the third position in the top agricultural produce along with tomatoes, celery, strawberries, artichokes, etc. which were harvested perhaps with the great contributions by Japanese-American and Mexican-American farm workers.