"See the USA in your Chevrolet" - Dinah Shore 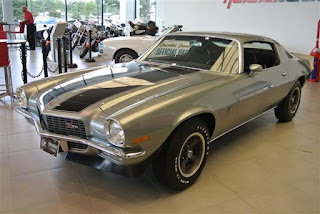 New Year's Sunday papers were enlivened with a full page ad of one of the leading travel agent's "6900-kilometer Cross U.S. Bus Trip for 15 days". The agency is holding its orientation meetings for their prospective clients in major Japanese cities, including Fukuoka. This particular bus tour's itineraries are as follows: luxury bus ride (max 24 passengers on one bus, so one person to occupy two seats) from LAX to Atlanta, stopping at Las Vegas, Route 66 Cruise, Grand Canyon (for sunrise viewing), Santa Fe, San Antonio, Memphis and Atlanta, then Amtrak train ride from Atlanta to Washington DC, then back on the bus to Philadelphia and then on to New York. "Will promise you an unforgettable trip", so reads a catch phrase, since "you go over land with grand landscapes and spectacles, you can appreciate different multi-colored faces of the U.S." I looked up the agency's website and found the cost of the tour to be 600,000 to 700,000 Yen, equal to $6,800 to $8,000 per person.

In early 1980s, I was blessed with a happenstance to drive close to 3,800 kilometers, from California to North Carolina. My ex-employer acquired a German plant in Mountain Home, near Asheville, western North Carolina. I was short by 900 kilometers to make it coast to coast – roughly the distance from Asheville to maybe Cape Hatteras (eastern end of NC), known as the graveyard of the Atlantic Ocean. A few San Diego engineers were to join the new affiliate plant with their accompanying families. The corporate relocation policy then, however, allowed transportation of only one car per family to be paid by the company. If families owned a second car, they had to move it on their own. I was consulted by my relocating friend for advice and I just told him," leave it here until spring". "As the parent company, we should regularly offer you administrative services, and we will deliver a car as extra service by our administrative teams".

I had read about cars driven by hired students from coast to coast, a cheap way to haul cars long distance, but I wasn't sure about the credibility. I asked a couple of colleagues if they would join me in a driving venture. A Safety Officer and an Insurance Officer volunteered to go with me, as I went to the local AAA service to map out the driving routes and look for key precautions, such as snow. I also carefully gathered weather reports from the east. I have lived in New York for close to 10 years and I knew you could not stay free of snow before the month of April. Our departure was set in late March.

So at noon on a Friday, we rolled a brown sporty Chevorlet Camaro, just back from the service station, onto the highway. There were only two drivers - the Safety Officer, Al and myself. The Insurance Officer Mat bowed out at the last minute because of family matters.

Friday, the first night, we drove past the New Mexico State border, after our decent Mexican dinner in Phoenix until we became sleepy and called it a day. We stopped at an unknown roadside motel and fell dead asleep. On the second day, Saturday, we drove to Dallas/Fort Worth. We got take-out-lunches and ate in the car while one of us was driving. Sunday, we just drove on and on, passing Texarkana, Little Rock, Memphis, Nashville, and then started climbing up hills. We saw a bit of snow fall and quit driving as we had no tire chains. All I remember seeing was a Tennessee Tech sign.

It must have been near Cookeville somewhere. Luckily, the snow stopped at night. Monday morning, we had fine weather and we arrived at Mountain Home at around a little after noon, our venture completed. We made it in 3 nights and 4 days. Al reminisced that I was singing while I drove, spoiling his nap.

I learned through this venture that California to Texas is semi-desert, followed by a lot of greenery in Arkansas and Tennessee. On major highways you had to adjust your speed and follow the fleet of truckers as they communicated among themselves by CB radio. When they slowed, police cars were approaching. It was fun to mingle with them at the big truck stops. Food was delicious there, my favorite being grits served as you went east.

Upon returning to Japan after retirement, I read author Haruki Murakami's travelogue "Henkyo, Kinkyou" (Frontiers and Borders) wherein he wrote a 25 page article "Let's cross the U.S. Continent" with his personal note that this article was originally for a June 1995 Magazine "Sinra." "When you drive yourself coast to coast, you'd feel with your skin how gigantic the country is. Culture and clothes vary drastically as you go. The gas was impressively cheap. Toll roads were few. Meals and hotels, however, were monotonous. I would probably say no, if asked to do it again, because the intense yearning might develop akin to a craze or sickness to make you take another trip for trip’s sake. He was accompanied by his photographer friend.

Haruki's route was opposite to mine, east to west, and took a northerly route. Started from Boston to Toronto (he visited his Canadian friend on the way) and down to Detroit and Chicago. Then, South Dakota (visited Chinatown underground) to Yellowstone, down to Las Vegas and LAX. He rented a Volvo 850 Estate, well cushioned seat car. They were stopped often by police for questioning because of being an out-of-place vehicle wandering into the countryside.

I wrote in my June 2009 blog post that my San Diego friends, the Doi couple, made a 10,000 kilometer trip in one month, crossing the U.S. Rockies twice. I wrote "They visited Yellowstone, then drove east on Interstate 90 (5,000 kilometers from coast to coast) to see Niagara Falls, then south on I-75, and back on I-70 to the Rockies." Their route was somewhat closer to Murakami's.

Another San Diego friend, Fred, was always on tour until some years ago. I asked what motivated him to travel so much. He recently replied:

"It must be in the blood or genes. As you may remember, I was a holocaust survivor. My home was gone and so there was nothing holding me to one location. After I grew older living in the USA, I went into the military twice and saw more of the world. When I got married, I found that my wife (interned Nisei American) also had a sense of adventure and we agreed to a life where we traveled for the company I worked for, as an aerospace engineer. Prior to retiring we bought a motor home and spent four months out of the year seeing the USA. We covered over 100,000 miles (161,000 kilometers). I never regretted it. I don’t travel any more, but do miss it.”

Tragedy at the Great Wall Part 3 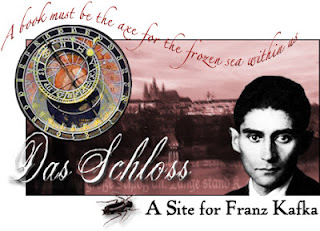 "Human nature, essentially changeable, as unstable as the dust, can endure no restraint; if it binds itself it soon begins to tear madly at its bonds, until it rends everything asunder, the wall, the bonds, and its very self." - Franz Kafka

Franz Kafka (1883-1924) wrote a short story "Die Chinesische Mauer" (unfinished same as most of his major works) something like an exotic historical account narrated by a mason, so raised and trained from his birth somewhere in south-east China.

He remembered as a child that a group of kids erected a sort of wall out of pebbles in their teacher's yard and the teacher gathered up his coat to crash it. As the teacher scolded them for the weakness of the wall, the children ran away in all directions, howling as they went to their parents.

This young mason, passed exams and attained a supervisory position, despite his lowest ranking, as he had grown up a real wall builder, driven with a sense of himself being part of the wall.

Where day laborers are driven only by pay, this mission motivated mason lived and breathed with the growth of walls and was impatient to see the structure finally standing completed to perfection. He was the backbone of wall builders. Kafka's narrative starts as follows:

"The Great Wall of China was finished at its most northerly location. The construction work moved up from the south-east and south-west and joined at this point. This system of building in sections was also followed on a small scale within the two great armies of workers, the eastern and western armies. It was carried out in he following manner: groups of about twenty workers were formed, each of which had to take up a section of the wall, about five hundred meters long. A neighboring group then built a wall of similar length to meet them. But then afterwards, when the sections were fully joined, construction was not continued on any further at the end of this thousand-meter section. Instead the groups of workers were shipped off again to build the wall in completely different regions." His description is sure-handed and well-conceived as if he had traveled to see China. You may be inclined to open up a map of China where the above mason was born. You will not get anywhere since no names of province or village are given. The narration is all fiction. The Wall wasn't finished in its most northerly location, but who cares about the when and where in a Kafkaesque world. What impressed me is Kafka's clairvoyance. His travelsphere was very limited and his stories mostly written in that small Gold Makers Alley by the Prague Castle in the Czech Republic.

This mission-driven mason, reinvigorated after a brief home leave and looking forward to the exhilaration and enthusiasm of laboring once again, set off for another journey of venture.

"Half the villagers accompanied them for a long way. Every countrymen was a brother for whom they were building a protective wall and who would thank him with everything he had and was all for his life. Unity! Unity! Shoulder to shoulder, a coordinated movement of people."

"Also on their journey they saw here and there finished sections of the wall rising up; they passed through the quarters of higher administrators, who gave them gifts as badges of honor, they heard the rejoicing of new armies of workers streaming past them out of the depth of the land, saw forests being laid low, wood designated as scaffolding for the wall, witnessed mountains being broken up into rocks for the wall, and heard the holy mantras of the pious praying for the construction."

What beautiful imaginary scenes of expedition! There is no negative, dark element about hard labor.

In March 1990, a China/Japan/Germany Joint Symposium "Uber Die Chinesische Mauer" (over and beyond the "Great Wall of China") was held in Beijing China.

Debated at the Symposium was the allegorical lesson Kafka tried to teach us. The Wall might be interpreted as the Wailing Wall or Western Wall in Jerusalem - a bold leap! Chinese was replaced with Hebrew. Unity is "Einheit". Eastern crew and western crew are eastern Jews and western Jews. How was Kafka involved in Zionism? Was there a reference to the Tower of Babel. Why did the Tower collapse? I am just raising the issue and wish to leave it at that.