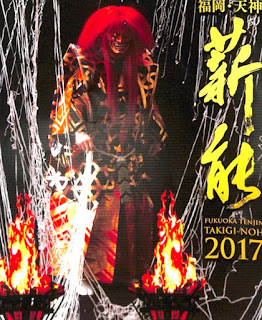 Invited by a friend recently, I had a chance to see one of the centuries-old creations of Noh drama, “Ground Spider” (Tarantula de Tierra) in Fukuoka, Kyushu. The venue was at the Across Symphony Hall which can accommodate thousands. It has no English subtitling amenity but it has an authentic Noh stage setup with a pine tree painted on the back wall.  The artificial torch lit apologetically but was unable to reproduce the mythic outdoor shrine/temple ritual ambiance. Summer should be the best season to enjoy supernatural horrors in darkness, under shadows of trees, branches and leaves, and by flickering fires in the cool wind blowing in the evening - all elements that would add intensity to the Noh drama. Alas, indoor theater was not the best of venues for the horrors and suspenses of the fifth Noh category, dealing with demons.

Ground Spider is a visually entertaining and spectacular piece of Noh repertoire similar to the Kabuki version.  Familiarly called Raiko, Yorimitsu Minamoto (918-1021) is based on a historic figure.  He was the chief of the Seiwa Genji Clan who served for the aristocratic Fujiwara Clans as guardsman, the forerunner of Samurais.  Raiko, together with his four Great Entourage Warriors (Watanabe no Tsuna, Sakata no Kintoki, Usui no Sadamitsu, Urabe no Suetake) vanquished two scary demons, l) Ground Spider at Mt. Katsuraki in Yamato, near Nara and 2) Shuten Doji, Drunkard Lad, at Mt. Oe, Tanba Country, north of Kyoto, both of which were featured in Noh plays, fifth category.  The Shuten-Doji Devil lived during the days of Rasho-Mon, committing all evil crimes in Kyoto, retreating and hiding underground near Mt. Oe, always inebriated, thus named drunkard. 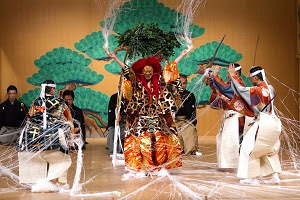 The Ground Spider monster image is said to have originated from a disparaging term for the downtrodden indigenous people of Japan. So, on various levels the play is making a commentary about how Raiko may have treated the indigenous people, their anger over the treatment, and - with the killing of the spider - who the play’s writers felt would win the struggle.  Despite its fearsome look, ancient people were awed by the ground spider and revered it as God incarnate. The highlight of Ground Spider is the scene in which the ato-shite throws spider threads made of Japanese paper.  It is said that the current performance which throws a number of threads is created by the grand master of the Kongo School in the early Meiji Period. The parabolic arch of the spider threads flying in the air should greatly appeal to novice Noh spectators. I heard from my friend indirectly that  even the Noh professional who experienced Shite, that timing of throwing both in preparation and execution is breath-taking, just like counting down the seconds, with an expectation similar to a parachute opening in skydiving.

Ground spider, to me, means fearsome tarantula, a tea cup size spider, which I have seen while living in the U.S. They live in the deserts of Arizona, Texas and other southern states.  I had wanted to buy a stuffed brown specimen but never did. Those tarantulas in the U.S. don’t use a web to ensnare prey, and are harmless to humans.  By Googling I discovered the 2017 Nobel Laureate Bob Dylan wrote his first novel "Tarantula" (unofficially available in 1966). I read it for free after downloading. I was disappointed, however, there was no mention of the Spider Tarantula. He likened himself to a Tarantula setting out on his desert trip to wander the badlands of New York. It’s just interesting he wrote his one and only novel 50 years ago, reputedly hard to interpret. 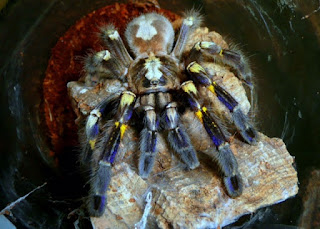 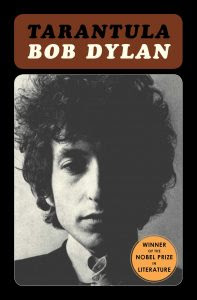 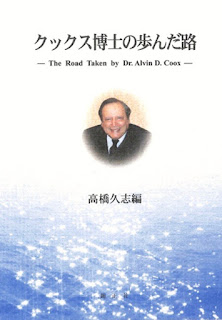 Part 3 is my requiem to two Nomonhan Battle survivors, l) Yasushi Fukushima and 2) Masujiro Takata, whom I found among 60 contributors of a tribute to Dr. Coox, under the title “The Road Taken by Dr. Alvin D. Coox”, the book compiled and edited by Hisashi Takahashi in 2005.  This 230 page-book written both in English and Japanese was not for sale.  Tachibana Sensei, friend of Hisako Coox, sent me the book via express, as a loaner, and became the source of Dr. Coox’s photo used in the blog.

My contacts got started with Dr. Coox’s inquiry to me as the editor/(private) publisher of “Nomonhan - Records of the Nine-Zero (90) Field Artillery Soldiers”, (National Diet Library registration -OPAC GB521-217) , published in 1980. His inquiry was “did I recognize the Russian tank troop deployment accompanied with their infantry around the River Holstein near the so-called Izumi Bend?"  I don’t remember how I answered him, but our artillery encamped at the south of Holstein Lake was in a frenzy facing numerous Russian tank deployments. At dusk on August 24th we succeeded in repositioning ourselves at around the 752 Height in the eastern battle front. I wasn’t familiar with Holstein River nor the Izumi Bend. The commander’s commendation given to us was for our contribution on the left bank of Holstein River. However, this location was not in my recollection either. 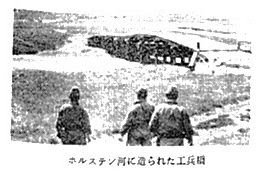 Few people knew the existence of Type Nine Zero Field Guns in the Nomonhan Battles. On our way back from Noro Height to Baru West Height, our artillery battalions were held while waiting at the pontoon bridge constructed by our engineering support troops. Fondly remembered were the “cool and smart” looking Nine Zero guns, which attracted the eyes of soldiers passing-by, and, unexpected crowds of curious rubbernecks. As Dr. Coox pointed out, these guns, high-tech pieces of the day, demonstrated magnificent power in the melee battle grounds and consummate tactics against Russian tanks. I am thankful for Dr. Coox's special and sympathetic reference to us Artillery Soldiers throughout his master book. May Dr. Coox rest in peace.

Your esteemed name was familiar to me through a mutual friend, Yasushi Fukushima, as the author of “Nomonhan, Japan against Russia 1939", who tried to discover and report the facts and truth of the battles as they were, and I looked forward to an opportunity to meeting you some day.  Same as Fukushima, I too belonged to the former Kwangtung Army Field Artillery lst Battalion, Miyao Unit.

Then, out of the blue, the Asahi Newspaper dated Nov. 18, 1999 reported your obituary; we alerted our mutual friends, once belonged to the Artillery, as well as all  Nomonhan Society members. Then, after a while, we were notified that volunteers would be planning a memorial book for Dr. Coox and we all thought it was a great way to immortalize your life's work of truth-finding endeavors.

1945, the year Japan surrendered, I was held as a Russian captive in Shenyang and sent to Chita Retention, Baicalia Province, Siberia, about 650km east of Irkutsk and served at the hard labor camp for 4 years. Returned to Japan around 1950 but I had lost everything; had to start my life over from scratch. It took more than 10 years before I had time to gradually contact the Nomonhan artillery friends such as Fukushima and Sugawara, and again some more years later that I joined the Nomonhan Society. I began to attend annual Nomonhan memorial services, where I mingled with survivors, but didn’t converse much, feeling dispirited, due to the prevailing air of lost wars, despite our pride as artillerymen.

I remember it was at the 1989 Joint WW2 Memorial Service that your Nomonhan book translation in 2 volumes reached us at the service venue.  I bought it right there and stayed up many nights, read it over again and again, until I fully memorized it. I jumped for joy to have encountered your book,  with your detailed research and precise descriptions.   Your book opened my eyes about the whole Nomonhan picture in stages and by hour how the Nomonhan wars were fought, between Russians and Japanese. I was saved by your special reference to the Miyao Artillery Unit, as the reliable artillery force which won the trust and confidence of all the infantry soldiers. I never felt prouder to be a member of the Miyao Unit.

I’m really happy and glad to have read your book, containing important historical data and hope this book will remain remembered by future generations.  The book shines a light on the Japan that renounced war as a sovereign right of the nation. I thank you sincerely for your selfless and unbiased Nomonhan research of Japan and Russia as I was one of the soldiers who fought in the war.  We have lost a great benefactor.

Note: Photos & map of the battleground as they are today.

Posted by riodan at 3:01 PM No comments: