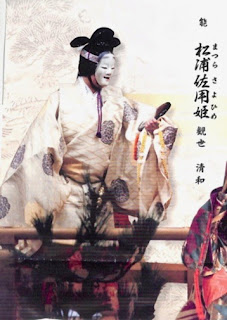 Japan and Korea face each other across the Tsushima Strait with only 200 kilometers of distance between them. Their relationship goes back to prehistoric days. Japan was close to the Kingdom Baekje, through Buddhism, between royal families.  During the 6th Century, Baekje was invaded by the neighboring Silla Kingdom, allied with the Tang Dynasty of China. Despite the sign of impending downfall, Japan sent reinforcements upon Baekje’s desperate request according to Nihon Shoki, the second oldest history book of ancient Japan. Tang’s ships waiting at Baekgang inlet dispatched Japan’s ships in no time, leading to the demise of the Baekje Kingdom.

The defeat brought panic to Japan.  The thinking was that Korea and China allies might invade Japan soon. Japan garrisoned soldiers at strategic posts in northern Kyushu, and named Dazaifu the key fortress.  Many men were conscripted to the remote bordering posts. Sad poems were written of those garrisoned soldiers away from their homes in a Manyoshu Anthology, the first written form dossiers compiled by our ancestors.

Manyoshu has also featured poems sung for Matsura Sayohime, a local maiden who fell in love with Satehiko Otomo, destined for Baekje from Karatsu beach. Satehiko gave a beautiful mirror to Sayohime, saying “Please hold this as if this is me”. When his boat was leaving, Sayohime climbed up Kagamiyama Mountain, shouted his name, waved her Kimono sleeves. She chased after the boat, crossed over the Matsura River, reached Kabeshima Island. She eventually became paralysed due to her deep sadness. 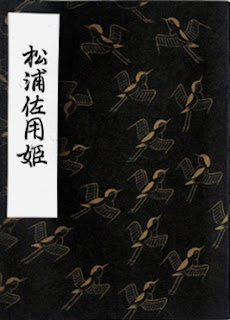 Two Manyo poets who sung for Sayohime were Tabito Otomo, related to Satehiko and Dazaifu Governor General, and Okura Yamanoue, Chikuzen Governor.  Okura reportedly immigrated to Japan from Baekje accompanied by his father when Baekje perished. He is one of my favorite Manyo poets. This Sayohime story became popular through Manyoshu. About 500 years later, Noh Master Zeami wrote a Noh play based on it. However, it was forgotten until recently to be rediscovered and I’m happy to report that I recently saw the Sayohime Noh play in Fukuoka.

The month of April also saw the historic breakthrough of hostility between two Koreas, South and North and declaration of peace and denuclearization. We, the Japanese, wish to see the kidnapped Japanese by North Korea soon returned for long awaited family reunions.

Learning:  Sorrow, at any age, is immutable, today just as in the olden days. 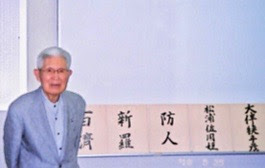