Catalpa Part 2: A letter to Sayaka Komata in Oakridge, Tennessee 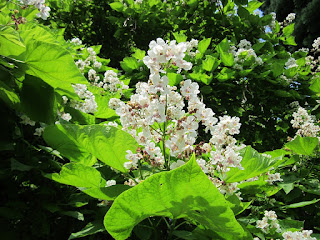 Sayaka-San, it will be the third spring since you helped me get information regarding “Catalpa”, a tree native to the Midwest (see previous “Catalpa’s Spread in Japan, Grown from Seeds” post). The post was about the lovely friendship between Jo (Joseph) Neesima, the founder of Doshisha University in Kyoto and returnee from the U.S., the seed sender and Tokutomi brothers in Kumamoto, the seed receivers.

Kumamoto had a tough 2016. The magnitude 7.3 earthquake hit the region causing widespread damage and resulting in 50,000 evacuees. Kumamoto Castle, the symbol of the city, will require costly refurbishments. Last year I wanted to take my daughter and granddaughter (from California) to Kumamoto in May, but we had to cancel. The first anniversary of the disastrous event just came to pass.

The reason I’m writing to you is that I discovered the most impressive American Haiku related to catalpa, the tree of our mutual interest. Here’s briefly how and where I found it and whose Haiku it is. 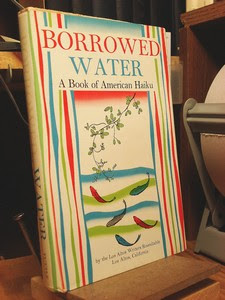 Recently, while at the Central Kitakyushu library, I picked up a book How Haiku is accepted in England and in the U.S. (ISBN4-8302-2315-4-C) written by Akira Kawano, a Kitakyusuan (1962- ), who taught at Fukuoka University of Education, majored in English poetry during the 1960’s at Wyoming University and Purdue University.  This book was divided into two parts; an introduction of the so-called imaginist poets, such as T. E. Hulme, Ezra Pound, Robert Frost, followed by Haikuists, such as Helen S. Chenoweth, Ann Atwood, Truth Mary Fowler, Jinna Johnson, Richard Wright and Annette S. Morrow.

"Popcorn flowers of catalpa
on the Spring lawn -
Children confused."

The popcorn imagery is pleasant and entertaining, describing the flower beautifully. It reminds me of the crape flower (crape myrtle) if it were white. Children would be surely confuse it with popcorn on the ground.  I salute  Helen’s flash of wit and gaiety.  A great Haiku originated from California, my second home!

I will tell the Society of Roka Tokutomi in Kumamoto about this haiku.  I would be very happy if this haiku could help boost the number of attendance, even a little bit, for this year’s catalpa viewing and brighten the day of the people there.

My Friend “Ace” Sang in Trieste 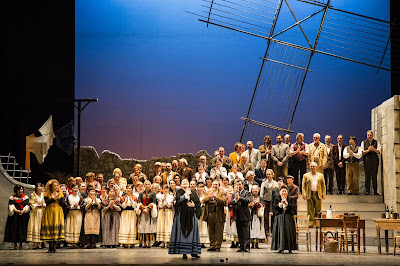 I call a friend of mine 'Ace' Ikeda, as he doesn’t mind being called by a nickname. He is multi-lingual and a multi-talented person. I have questioned him as to why he is so erudite in ancient European history, the Mediterranean in particular. He just modestly told me he was very fortunate in his younger days to travel Greece, Italy and Turkey a little longer than the average traveler. I know he has belonged to a chorus group for some time, singing “An die Freude” at each year-end from Beethoven’s No. 9 for Kyushu Symphony Orchestra. 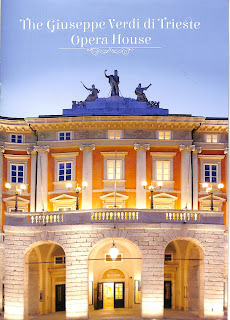 Last summer, he told me he is singing for Italian operas, Puccini’s Gianni Schicchi and Mascagni’s Cavalleria Rusticana, to commemorate the 150th year of diplomatic relations between Japan and Italy. Wow, that’s quite a relationship! It traces back to the Meiji Restoration! Alei-a-lei! I bought a ticket for the special occasion and enjoyed a competitive and harmonized opera production by an Italian/Japanese combination.

His New Year’s card read that he would be in Trieste, Italy in mid February and singing at the Verdi Theater. Wait a minute! The privileged Verdi Theater in Trieste? I can’t be indifferent to the glorious undertaking he is trying to accomplish. I congratulated him on a great opportunity to be at a rare destination, where Hapsburg Kingdom once reigned. I asked him to bring back as many photos as possible.

Trieste sounded close and friendly, first, because of Atsuko Suga’s famous essay “Upward Slope of Trieste”. I didn’t meet Atsuko in person but T. Suga, her uncle, was the boss at my freshman work. He often spoke of her proudly, promising to introduce her to me. I changed jobs and lost the chance. Second, the Irish James Joyce connection - I know Joyce wrote his “Dubliners” while he was an English teacher at Berlitz school in Trieste. 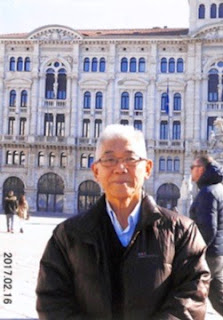 The NPO “Kitakyushu City Opera (KCO)” has existed since 1990, including years under its nascent Kitakyushu Music Association. The troupe launched its first production “La Traviata” by Verdi in 1993 and grew to win a Group Citizen Culture Award of Kitakyushu in 2013, thanks to Gudo Hasui, KCO Chief Director, as well as Sakuyo University visiting professor, well-known baritone singer, who had won a number of competitions not only in his soloist days in Italy but in other European countries; and thanks to the local fans, contributors, and business supporters. In 2015, the troupe performed Madama Butterfly in Lecce, southern Italy. The above mentioned 2016 operas I attended in Kitakyushu were jointly performed under an Italian conductor with major Italian singers.

I met with Ace Ikeda yesterday, who just returned from Italy and I learned that the KCO’s Trieste performance was a big success. The participating party consisted of about 40 members, including tea ceremony performers, and he is already looking forward to the next collaborative performance to be held either in Japan or Italy, which continues for the next three years.