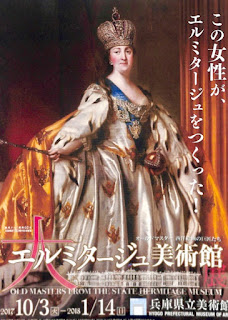 Last Friday (Jan 12, 2018) I traveled from Kitakyushu to Kobe and visited Hyogo Art Museum to see a special Hermitage exhibit 3 days before the closing day. This special exhibit is titled "Old Masters from the State Hermitage Museum", the personal collection of Catherine the Great of Russia (1729-1796), which contributed to the history of the formation of Hermitage itself; had journeyed to 3 cities throughout 2017, Tokyo, Nagoya and Kobe since March last year.  Luckily the day I visited Kobe had a sunny sky, although Kitakyushu had some snow, causing partial train delays.

The location of the Hyogo Art Museum is close to the HAT (learned "Happy Active Town") Kobe at the waterfront and easily commutable by city bus from Sannomiya Station. I was at the museum by11AM and spent almost three full hours without lunch, swept along in the crowds of attentive spectators.  I read the paper reporting Prime Minister of Japan Abe spared 40 minutes of his busy time for Hermitage Exhibits before visiting Vladivostik to meet President Putin of the Russian Federation in September. 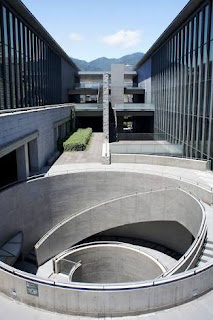 I had visited the famous "Hermitage" in Sankt Petersburg (SPB) in 2000, envied by many old San Diego friends of mine.  One of them is Karl, born in Lithuania, whom I met at the San Diego Senior Net Society. He introduced me to his SPB friend Val who speaks English. I emailed Val my itinerary but got no answer. I was prepared to just commute to the Hermitage every day of my 10-day visit.  Val eased my apprehension when he met me at the airport accompanied by his friends, apologizing for his delayed response. His whole family was at Penza Oblast vacationing and fishing, 600 km southeast of Moscow near Volga. Val gave me a basic orientation on how to ride Metros, which helped greatly on my solo SPB trip. He called me every night at my hotel to hear how I fared that day. He took me to Peterhof one day (separate blog coming soon).

In SPB, Hermitage boasts a collection of 3 million items (of which artwork makes up 15 thousand) including the Winter Palace building, the former residence of Russian emperors. A one-day visit is not enough time to see them all and you should pace yourself with your time and energy.

The 85 pieces of art that comprise this Old Masters exhibit brought over to Japan was just the right bite-sized piece to savor. You can concentrate exclusively on 85 pieces, listening to audio taped guide explanation. You don’t have the luxury to waste this rare chance to see even a small portion of this magnificent collection. 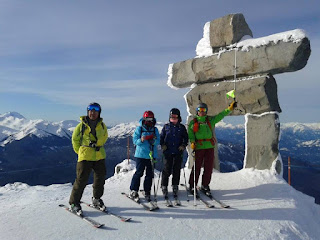 Winter Olympics 2018 is in progress right now.  The eyes of the world are focused on PyeonChang, South Korea until February 25. Now is the right time to post about winter sports - Alpine and Nordic ski competitions, ski jumps and cross country games. PyeonChang will surely appeal with the newly constructed facilities they have been preparing since their successful bid in 2009. Entering into the second week of January, South & North Korea representatives suddenly met at Panmunjom, the border town along the demilitarized zone and agreed to form one unified Olympic team, the women’s ice hockey team, in particular. One surprising news item is to utilize Masikryong Ski Resort built in 2013 by Kim Jong-un for skier training.  Could it be disguised as a peace gesture by the North?

My friend Kim in Yokohama. who traveled to ski at the Les Arc near Mont Blanc in 2000, sent me her postcard last year from Mt. Whistler in Canada, the Vancouver Winter Olympic venue site of 2010. She wrote her ski companions chose the destination to be the American Continent and their consensus was Mt. Whistler, rather than Denver, Colorado. There is a direct flight from Tokyo to Vancouver, and easy access to Whistler from Vancouver, thanks to renovated amenities.  Fifty years ago I was thrilled to have taken the fast track route via Canadian Pacific from Tokyo to Vancouver, then straight down to Mexico City. I hadn't heard the name Whistler then. Whistler came as a latecomer, bidding on the Olympics since 1968 and succeeded finally in 2010. 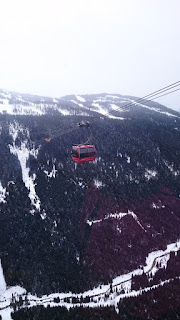 I was amazed looking at their daily ski activity schedule for the group from February 24 to March 4, 2017.  Excluding flight time over the Pacific, they had 9 days in Whistler, 8 days of full skiing from morning until twilight, enjoying lunch and breathers in between, one day for rest and souvenir shopping.  There seems to be a total of 37 ski lifts or gondolas and a few hundred ski trails, each depending on skills at Whistler & Blackcomb and Kim wrote she had conquered one third of all the trails in 8 days. That's a marvelous accomplishment. I asked how she compared it to a European ski resort. Her comment was that Whistler-Blackcomb exceeds Europe in public amenities. European entries to facilities were somewhat prohibitive.  But Europe compensates the difference with history and traditions. What caught my curiosity on their activity table is “P2P” appearing often.  Googling P2P on Whistler-Blackcomb Ski Resort trail Map, I found it to be the world’s first and highest lift to connect two side-by-side mountains, length 4.4 km, altitude 436 m built in 2013, coming a little too late for the 2010 Olympics. Must be a stunning ride that makes you feel you are on top of the world.

She wrote also about the new Audain Art Museum at Whistler Village on their day of rest, a happy-surprise encounter which never crossed their minds to visit before the trip. She might have missed it without the advice of their local travel agent.  The museum just opened in March 2016 attended by the local philanthropist Michael Audain and his wife Yoshiko Karasawa. This museum had fifty thousand visitors in a year already. Kim sent me some photos of the museum and I saw the spectacular wood terraced entrance and design of the structure. Many Japanese Toastmasters visited Vancouver last August to attend its International Conference there. I wonder how many people dropped into Whistler?  I had been invited personally by the BC division Toastmasters. I wish I could've joined them in Whistler.