Is the Japanese language the Devil's Tongue? 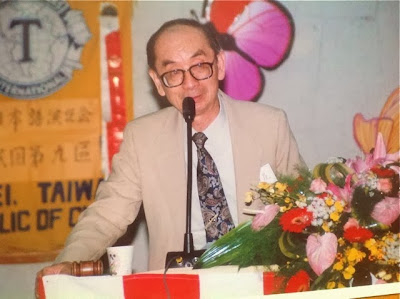 On top of all that, the delicate relationship between the persons communicating is reflected in the use of their language, the so-called honorific, humble, and polite words. They are the hardest barriers to break through.

And you might conquer those barriers by being in an environment where you constantly hear Japanese being spoken - listening to the radio, TV, and movies. Your confidence may easily be shattered by encountering local dialects and/or newly imported 'Gairaigo', words of foreign origin. Devil's tongue therefore is not such an exaggeration as Times magazine designates in their article.

Despite my criticism of the Japanese language, I'm the one who had been hooked and captured by the devil's tongue as an eternal student of the Japanese language. Needless to say, language is a tool for communication. Although it is difficult to compare it with other languages, Japanese has a wider and deeper threaded structure and has a lot of atmosphere, which I like most. You may call it gracefulness. It goes deeper into the heart and appeals to emotion, rather than logic and the intellect.

You know how babies learn languages. They unconsciously learn language by listening to their parents and conversations around them. They start talking by repeating sounds. We learn a foreign language in school just the opposite way. We start by reading and writing the new language as we learn grammar. Hearing and speaking are not emphasized as much as it should.

Hence, many people can read foreign languages but cannot speak the language. Our clubs' priority, however, is listening and speaking, so I believe we can create many masters of the Japanese language.

Regarding our fellow Taichung Central Toastmasters, particularly the young and earnest ones, let us pledge our all-out efforts today to listen like innocent infants and speak anything that comes to mind spontaneously like splashing water from a spring, sharing together our joy and pride."

I quoted this awesome and fabulous speech bf Dennis Chen, in full, as above from the Taichung Central Archive "10th Anniversary Keynote Speech." He delivered it in Japanese (Note 1- see original Japanese text) and I just translated it into English for my blog readers who cannot read Japanese. I have never seen such clear and concise introduction of the Japanese language. I saw Dennis's obituary on Facebook hidden among the many 2014 New Years greetings, the most unexpected communication. I'm glad I noticed it. He wrote to me six months ago saying "no more letters please." I was wondering how he was battling his cancer. He sent me a CD a few years ago in which he recorded his own singing of "Like a River Flow," a song popularized by singer Misora Hibari. “Oh, nice, he likes to sing" was my honest reaction without knowing singing was his way of therapy, a desperate escape from the pain of his illness.

I first met Dennis in the late 1990s. It was when I visited Fengyuan Toastmasters, an English language club, with which I was corresponding often and exchanged club newsletters with. The club venue, a Kennex Hotel basement, was full and thriving. Someone must have called Dennis and he came in just about when the meeting was adjourning. Then he took me to Taichung to meet another English club and introduced me to David Wang, who later became Taiwan's District Governor.

I read that Dennis's first encounter with Toastmasters was when he was relocated by his bank managing business from a Fengyuan branch to a southern Taichung branch. One day, at a newly relocated branch, a Canadian professor from the nearby National Chung Hsing University visited to open an account and Dennis was in charge of the customer because he had to address him in English. This Canadian, together with his university faculty members tried to set up a Toastmaster club and Dennis was invited. He was hesitant at first, in fear of the slow progress of study as people get older. But Alice Young, Dennis's wife, recommended that he pursue it and he got on board.

The rest is history as written by Robert Lee, the editor of the Rostrum, the Fengyuan Club Newsletter dated Feb 2000:

"Success doesn't come overnight, especially when we try to start everything from scratch…. However, our Club Founder, Dennis Chen made it happen. Our Godfather, Dennis was a man with a vision. He believed that Fengyuan was a special and unique place where he could uncover many outstanding potential Toastmasters without any problem… Believe it or not, he was also a member of Taichung, Wheelers, Beast and Fengyuan at that time." 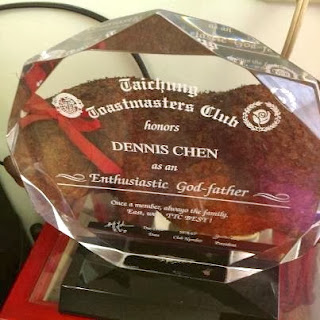 We Japanese Toastmasters have lost our best friend from Taiwan and the best Japanese speaker there. 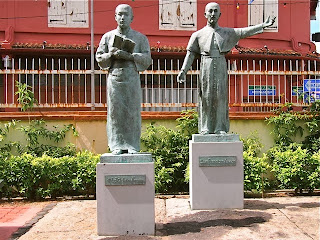 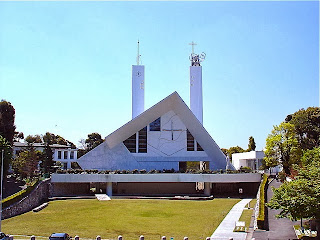 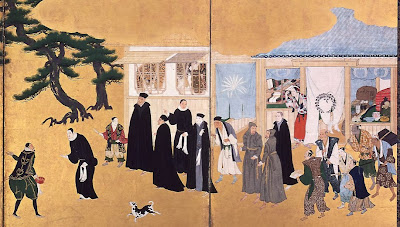