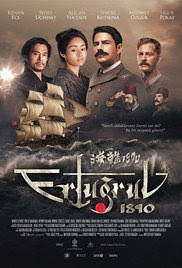 In 1889, Sultan Abdulhamid II dispatched the Imperial frigate Ertuğrul with 600 crew members to Japan under his Admiral Osman Pasha. The voyage was a goodwill mission signaling growing friendship between the Ottoman Empire and the new rising power in the East, but it ended in tragedy.

The jointly produced Japan-Turkey movie Shipwreck (aka Kainan 1890) went on general release in early December 2015 to great fanfare. I was able to see it in a Kitakyushu movie theater in early January 2016. It is comprised of two parts: one the 1890 Ertuğrul shipwreck and the Japanese rescue; the other the last minute Japanese expatriates escaping out of Teheran Airport on Turkish airplanes during the 1985 Iran-Iraq War crisis. The movie was over two hours long and here’s why. 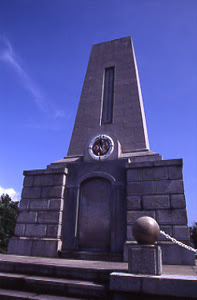 The impetus to make the film started 10 years ago with Katsumasa Tajima, the town mayor of Kushimoto, the southernmost coastal point of Japan proper, where the Ertuğrul hit the reefs of Oshima Isle and fell apart in stormy weather. The Oshima Isle fishing villagers, alerted by the Kashinozaki Light House keepers, made their frantic efforts to save 69 members from the sea, carried them to the temple and schools, and offered medical help, clothes, supplies and food. Some were seriously injured but once rescued, no one lost their lives. Town Mayor Tajima, while engaged in the recent Turkey/Japan anniversary events at the Shipwreck Monument, and sister town exchanges of student programs, felt the dire urge to produce a movie, consulted with his friend Mitsuoshi Tanaka, movie director. Director Tanaka, half in doubt at first, broached the subject repeatedly on his trips to Turkey, which gradually led to an agreement of Tanaka’s proposal.

In 2013, Tanaka’s proposal was included in the topics of conversation between PM Abe and President Erdogan and the production finally launched as a joint country project with a 15 million dollar budget, the location to start in December 2014 in Japan and July 2015 in Turkey. PM Abe agreed to assume being the Supreme Film Adviser. 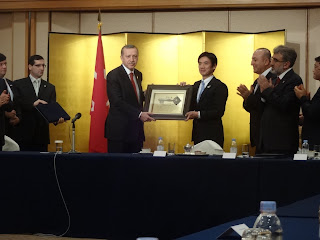 Before I saw the movie, I read the Shogakkan book “Shipwreck of Ertuğrul - Story of Bounding Heart between Turkey and Japan”, by Michiko Ryo (author) and Ryoichi Iso (illustrator). Michiko Ryo had worked at the Ministry of Foreign Affairs before becoming a writer. The narrator of the book is Ertuğrul, the shipwrecked boat itself, built in 1863.

It’s interesting to learn that the voyage from Istanbul wasn’t accident free, because it did not go through full refurbishing because of a short notice to set sail. Just patch repairs were not enough for the long voyage. It took almost one year to sail from Istanbul to Yokohama. Repair docking was needed at Suez Canal for two months and at Singapore for 6 months. As per Ertuğrul's self confession, shipwreck was definitely a man-made disaster.

While still in Yokohama, about a dozen sailors suffered from cholera and one sailor died. The Turks requested burial at sea but Japan, being afraid of further infection, was rejected. Ertuğrul went through quarantine at the Nagara disinfecting station in Yokosuka.

The majority of shipwrecked survivors were transferred to Kobe through the good offices of German SMS Wolf, four days after the shipwreck and at the good discretion of then Kushimoto Town Mayor Oki. The Japanese Government dispatched medical specialists and nurses to Kobe.

In Part 2, the leading Turkish actor and Japanese actress of Part l reappears, saying “Have we met before?” The actor plays a Turkish Embassy diplomat and the Japanese actress plays a Japanese language school teacher in Teheran. The actress in Part l played a voiceless role, as she in utter sorrow who lost her fiancé at sea, as well as her voice. The actress this time brought a breath of fresh air, as she spoke beautiful English. (I learned the background of the actress - born and raised in Australia).

The Teheran escape of the Japanese at the eleventh hour was not made without the heart-touching and bold Turkish actions for which all the Japanese showed great appreciation.

Turkey and Japan are both under earthquake zones and have been helping each other whenever tragedies hit us. The historical 1890 Ertuğrul Shipwreck case leads the true, friendly and reciprocal relations between the two countries.

Posted by riodan at 1:08 AM No comments: 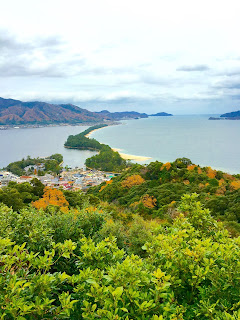 Ever been to Tango Land or Tango Country? I do not mean that fancy Tango for two. Tango Province located north of Kyoto. This Tango is paired with Tamba. You have heard about Tamba Kingdom rivaling Yamato Kingdom. Tango branched out of Tamba in later years retains the same legendary traditions of Tamba.

AHD, one of the Japan's three scenic views is in Tango.


(How could my mother help me write this poem?
I have neither been to Oe Mountain nor Ikuno
nor have any letters come from her in a place so
far away it's called— The Bridge to Heaven.)


Beautiful Tanka! This Tanka has got quite a story. The poetess is Koshikibu no Naishi. She sang the poem when she was fifteen years old. She is the daughter of the famous poetess Izumi Shikibu, the author of great women’s journal ‘Pillow Book’.

The daughter was often the target of envy by the community, gossiping that perhaps her mother was privately helping her daughter. One day, Koshikibu was the guest of Fujiwara’s Tanka party and she was bullied by one of the Fujiwara’s princes “Don’t you need mother’s help?” Koshikibu answered "mother had been away in Tango Land and hadn’t corresponded lately. The steep mountain paths of Mt. Oe blocking my trip and I haven’t set my foot in AHD.

Alas, this poetess passed away young and left us with only a few songs. Her name, however, is eternally remembered with the Tanka. 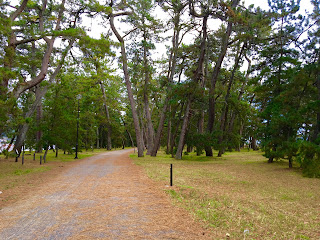 I personally was at AHD last Monday. I cleared Mt. Oe by rapid express through the tunnel. I rented a bicycle and made a round cycling trip, one way, three kilometers each. As you know, it’s a unique narrow stretch of sandbars inside Aso Sea, no automobiles or motorcycles allowed. It’s December, during off-season. I enjoyed my cycling along the shore and was rewarded with great views and a great exercise.

I found a small museum near JR AHD Station. I got fully educated. The present-day sandbar was formed around 1500. The formation of the unique sandbars was the result of two colliding currents - the coastal current of Aso Sea and the Noda River flowing out into the Aso Sea. Gravel was carried in and deposited on the seabed.

The local government and volunteer groups are coping now with how to keep the beauty for the future, including measures against wilt disease, typhoon risks and damages. I saw a display of fallen pines caused by typhoons. Some hundreds of pine fell a few years ago.

If you haven’t been to Tango, I encourage you to go. Besides AHD, Tango country has many more exciting things including the Legendary Demons subdued by Minamoto Yorimitsu and his four lieutenants, the sad orphan slave story of brother and sister Anju and Zushio, the year 1600 Sekigahara War time siege, the story of Tanabe Castle involving Yusai Hosokawa and Hosokawa Garacia.

The main objective of my trip was to visit the newly refurbished Maizuru Repatriation Memorial Museum for my blog post. Thank you for listening. 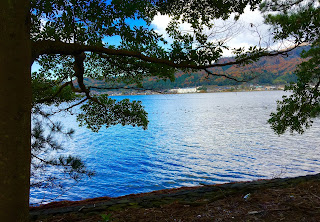 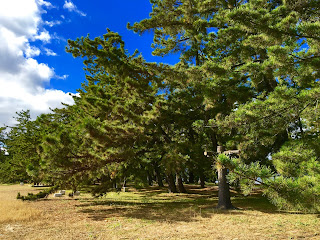