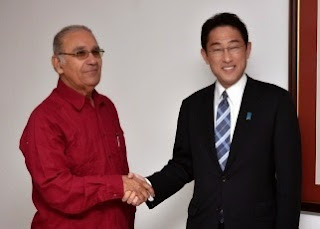 When I was researching the Cuban “Grandma” website, I sighted photos of a newly opened Cuban Hospital in Qatar with 400 Cuban doctors and nurses already working in cutting edge facilities. I initially thought the hospital was in Doha, but it is located in Dukhan, located on the other side of the peninsula. It is the center of Qatar’s onshore oil industry, 80 kilometers west of Doha, inside the Dawhat Salwah Bay. I learned this Cuban Hospital operates under Hamed Medical Corporation of Qatar (see YouTube video link below). We will know more about their activities soon, but I am sure they offer their expert medical services to neighboring countries, such as Saudi Arabia and of course, Qatar.

It is little known that Cuba dispatched more than 460 health professionals to West Africa to fight Ebola since its outbreak, of which 165 are working under the direction of the World Health Organization (WHO). The above mentioned “Grandma” site noted there were 15,000 volunteers from which 460 were carefully selected based on their prior experience in treating infectious diseases under emergency situations. They all went through rigorous training, including in the correct use of protective suits and proper handling of patients and medical waste. 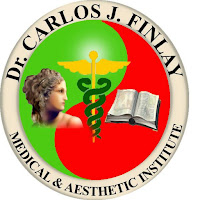 The project was supervised under the Pedro Kouri Institute of Tropical Medicine. Dr. Kouri (1900-1964) the founder, is as famous as Dr. Carlos Finlay y Barres (1833-1915), the one who discovered that mosquitoes cause yellow fever. Many American soldiers during the US-Spanish War were victims of yellow fever.

Cuba has been aggressively training and developing medical professionals. Primary care and preventive medicine are their motto and the target is to become a truly sustainable society of welfare and health. Today Cuba is listed as one of the top nation, boasting 60 doctors per 10,000 people, twice more than that of Japan.

Cuba has been involved with the ALBA program, which started about 10 years ago, primarily in Venezuela. It stands for the Alliance Bolivarian for the People of our America. Bolivarian comes from Simon Bolivar (1783-1830), the Liberator and Past President of Gran Colombia. Under ALBA, Cuba has attracted thousands of health tourists from participating Caribbean and Latin American countries, gaining precious foreign income, strengthening solidarity and trust of neighboring countries.

Their “Mision Miraglo” program has had great success, notably with ocular surgeries for cataracts and glaucoma. Cuba has been so successful with their health care system that it was featured in Michael Moore’s 2007 documentary Sicko in the segment where Moore brought 911 volunteer rescuers suffering from respiratory problems to Cuba for free treatment. 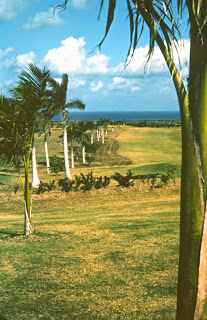 …wrote Tomas Honma, a Nisei Japanese Cuban during WWII, inside the Presidio Modelo, on La Isla de Pina, now called Isla de la Juventud, the island of the youth. The island is 100 kilometers south of Cuba Proper across the Batabano Gulf. The notorious Presidio Modelo, consisting of two rectangular buildings and four round buildings (known as “panopticon”). Jose Marti was imprisoned in Modelo. As soon as then Cuban President Fulgencio Batista declared war against Japan, Germany and Italy, he imprisoned 350 Japanese Cubans, 114 German Cubans, and 13 Italian Cubans.

Of the 350 Japanese Cubans, 9 of them were born in Cuba, 57 were from Okinawa, 42 from Hiroshima, 38 from Niigata, 29 from Fukuoka, and the rest from other prefectures (figures from “A 100 years of Japanese Cubans ” by Rolando Alvarez and Marta Guzman - 2004).

An autonomous committee was formed among the Japanese Cubans in Modelo. Those of the second floor were represented by Jinichi Iwato, third floor by Tadao Kubota, fourth floor by Kiichi Ogawa and fifth floor by Hideichi Kato. Kato was elected Committee Chair to negotiate with prison officers. Internees all suffered greatly from acute shortages of food, illness from unsanitary conditions and endemic influenza. More than a dozen succumbed and are buried in Nueva Gerona Cemetary in the early stage of vacuation. Dr. Osawa, an internee himself, volunteered to provide medical service, training men and women as nurses.

The biggest change came half a year later when permission was granted to the prisoners to cook for themselves, along with getting minimum basic provisions. Also they were allowed to cultivate vegetables in a garden outside. Wives were allowed to work at the islanders’ homes. It should be noted that the Spanish Legation, acting and holding properties on behalf of the Japanese Consulate in Cuba, gave internees minimal financial help (3 pesos per month). Same as in the American Concentration Camps, internees handmade numerous artifacts, wood carvings, brush paintings, dolls and embroideries and musical instruments. Activities expanded to include sporting events, language lessons for children, music concerts, and on rare occasions, a one-day outing to the main island to meet relatives. German and Italian Cubans were released earlier than the Japanese Cubans. In time, the Japanese Cubans were released in groups. Some stayed on the island to live. The Surgidero de Balabano was the port of the release for the Japanese Cubans, when they were freed at the Isla de la Joventud. 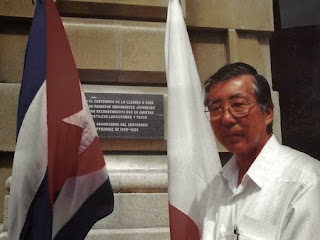 I read about Francisco Miyasaka in an online article by “Discover Nikkei.” He graduated from Havana University Commercial Science after the war and was sent to Tokyo in 1965 as a young commercial attaché to the Cuban Consulate representing the Ministry of Foreign Trade. He must be about my age.

Miyasaka recalls the time when he met the Showa Emperor. The ambassador took him to present his credentials to the emperor. “Emperor Hirohito seemed surprised that a Japanese Cuban was a Cuban diplomat.”

Miyasaka also recalls the time when he was serving a Spanish- Japanese interpreter for Fidel Castro during negotiations. A surprised Castro asked, ‘Where did you learn to speak such good Spanish?’ Francisco Miyaska told him that he was born a Cuban.