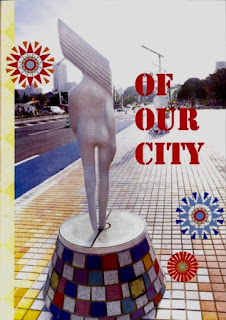 In mid January, one of the local papers to which I subscribe to carried a line that any citizen was entitled to a free city guidebook in English at the City Hall, first come, first serve.  I dropped in the City Hall to pick it up on my way home from the downtown Kinko Store. Boy oh boy!  I claim the 50-page  booklet I saw is the best Kitakyushu Guidebook I’ve ever seen. The name Kitakyushu High School is printed as you flipped past the cover, “an English version of Kitakyushu Heritage, Oct. 2017”.

I called the City to ask which Kitakyushu High, as I saw there were two different addresses on the telephone directory. The answer: there are 2 schools with the same name, one ‘Prefectural’ and the other ‘Municipal’.  The booklet was made by Kitakyushu High Pref.

I had some questions to ask and wanted to compare the English booklet with the original Japanese version.  I wrote to the Principal requesting if and when we could have a meeting.  He appreciated my interest and I met with him a month later, at the end of February.  The last school semester is the busiest season for new students’ entrance examination, and graduation ceremony for the graduating seniors. The principal arranged our meeting with a few students, all on the student council and two teachers in charge, an English teacher and an adviser to the student council. I carried to school my Japanese translation of Dear Miss Breed and a CD "Kitakyushu Old Folklore",  English translations by Kitakyushu Toastmasters Club.

I learned that the original “Kitakyushu Heritage” had 128 pages, almost two times longer than the English version, was printed in Oct 2016, one year ahead of the English version.  This is the milestone book they had long cherished to publish to commemorate the 50th anniversary of their alma mater which took almost three years from planning to completion.   In the postscript, editors congratulated and thanked all students engaged in the field trips to collect information, perhaps burned the midnight oil to shuffle photos and drafts. The English translation idea came when the students planned a Taiwan trip as a communication tool with Taiwanese students.  It took a dozen students six months to work intensely with the help of the English teacher and an Assistant Language Teacher.  Students reminisced how hard it was to shorten the originals at their discretion.

As I reviewed, a three page story on each theme in Japanese was shortened to two pages in the English version.  Some of the content that was cut were generally of negative city images because of the negative legacy from WWII, such as the Imperial Japanese Army Arsenal in Kokura, etc. “Very well done!" I congratulated the staff and the students.

Both Japanese and English books were quite a surprise to me and I wish to thank and salute the Kitakyushu High School students’ enthusiasm and voluntary contribution to Kitakyushu society.  They set a great example to us grown citizens, especially to us seniors. The tourist industry circles should learn from this project and be inspired.

Lastly the English booklet was distributed as follows: 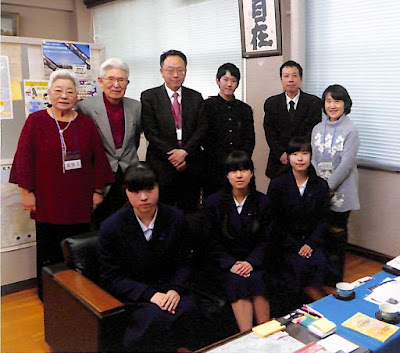 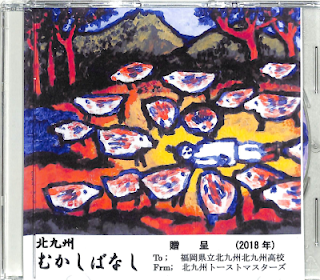