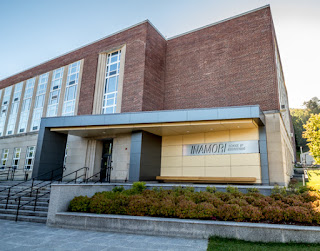 “Today you touched my heart
With your wise words
About a formula to ignite
The process of success:

Take passionate effort,
Mix it with ability,
And add a large measure
Of positive attitude.

As a binder to hold
The mixture together,
Pour in lot of love
Yes, a lot of love.”

As a former New Yorker, I have long known Elmira, New York as the soaring capital (i.e., motorless flight), like Torrey Pines, California. Ever since I had my glider pilot second class rides, pulled with human power, lifted by the wind, slicing through the air and skidding down to the ground a hundred times in my teen days as a future Kamikaze pilot, I have continued to yearn for the sky, and I remain attracted to glider bases whenever I see them. In fact, a motor-driven glider ride at Elmira or Torrey Pines is on my bucket list. 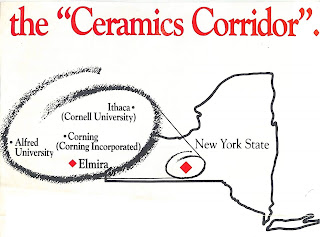 I know the Elmira airport is within convenient distance of Corning (15 miles) and Alfred (50 miles), in an area that became known as the Ceramic Corridor back in the old days when Silicon Valley had just started to flourish. Both Corning and Alfred have gained renown for challenging the frontiers of technology, though they remain somewhat less famous than the vibrant tech cluster to the west.

Today, Corning and Alfred are established not only as world-leading technology centers, but stand as grand cathedrals of industrial glass and ceramic innovation with technology museums sponsored by international giants Owens-Corning and Kyoto-based Kyocera Corporation. In particular, The Inamori Kyocera Fine Ceramics Museum adds international flavor to Alfred University’s cooperative research and exchange of information.

I unfortunately had no knowledge of Alfred until I joined Kyocera in San Diego in the early 1970’s. Kyocera’s arrival in San Diego was a miracle in itself. Fairchild, the forefather and pioneer of the semiconductor industry, operated twin-plants in San Diego and Tijuana at that time to manufacture electronic packages for its integrated-circuit (IC) chips. However, the Fairchild package operations were struggling. Impressed with the high-quality packages supplied by Kyocera, Fairchild asked whether Kyocera might be interested in taking over its San Diego operations. Thus, Kyocera founder Kazuo Inamori visited Fairchild in San Diego and came back, legend has it, reporting that the technology was good but “the plant has no heart.” It was 1969.

Kyocera acquired the Fairchild operations in San Diego in 1971 with Ken Miller as Plant Manager and five Japanese engineers from Kyoto to support him. Despite initial labor pains, the operations gradually came to life. When I joined I was to build a new and bigger plant of Kyocera’s own design. After the land had been purchased, blueprints finished and the site ready for construction, God sent another miracle. The nearby Honeywell plant with 21 acres of land went up for sale! It was a plant I had actually visited in late 1950’s and toured inside. What an amazing coincidence ─ and opportunity! The purchase brought us big tenants like General Dynamics and Rohr Engineering. Thus, we could start small and gradually expand as tenant leases expired.

After 50 years, Kyocera’s U.S. operations headquartered at 8611 Balboa Avenue grew from dozens of employees to a peak of nearly 2,000. The business diversified worldwide from ceramics to electronics, optics, document printers, solar power, mobile phones, lab-grown gemstones, and you name what else, producing numerous subsidiaries and allies, as a reputable and leading concern.

What surprised the world was that then President Inamori (now Chairman) was endowed in 1988 with an honorary doctorate for the first time from Alfred University in New York. Kyocera employees rejoiced with the news in a great cheer of “Hurray!”

In 1999, Dr. Inamori was invited to Alfred to speak at the annual John F. McMahon Memorial Seminar. There he shared many of his unique insights gleaned from his work in the field of ceramics, including his pioneering efforts in solar energy, which helped create a dramatic 97% reduction in the cost of solar cells, along with his daily creed for work, persevering in development efforts for years before meeting success. He believes that only relentless effort and unshakable philosophy ultimately bear fruit in the form of technological breakthroughs. Joan Gordon, poetess above and spouse of the late Prof. Ronald Gordon, Dean of the School of Ceramic Engineering and Materials Science at Alfred University, both sat among the audience and at the banquet reception, where Joan found time to hand her impromptu poem to Dr. Inamori.