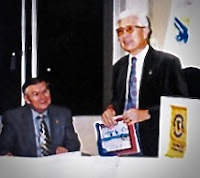 After much contemplation and brooding amid the social distancing corona pandemonium world, I feel it is time for me to resign from TM. Please know that all Kitakyushu TMs will forever be in my thoughts with great admiration and deep respect.

Reflecting back, we chartered our club on August 8, 1997, the date of double infinity per the late Yasuko Nishimura, one of the cofounders. Elated in spirit, Albert Moe and I declared “let’s establish Toastmasters as a name in Japan”. Yes, we could be a club as prestigious, enjoyable, and comfortable as wearing designer blue jeans. We had four slogans. They were "1 Expand our base, 2 Put our name before the public, 3 Build new clubs from old clubs, 4 Build from youth. Club efforts surely would benefit the community." 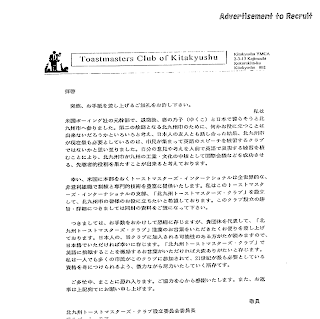 All in a family circle, we danced and sang the YMCA song at our jovial 10th Anniversary. In the blink of an eye, the 15th Anniversary came along. We held arms and shoulders together and repeated the YMCA song and dance again. Today, the club had prospered to the level of sending a leading light in District 79, uttered Sumiko Futana, District Governor.

In addition to being a paid member, I had actively promoted activities modeled after TM for about 5 years around the 1980s at my work in California. The mission was to groom corporate personnel to better address employees. One ex-TM member in the Communication Dept. initiated semi-TM classes during off work hours. He assigned 3 speakers, 3 evaluators for the formal speeches, and selected participants randomly for impromptu speeches. We had a contest every three months or so, the winners got trophies (huge compared to those of today) apparently bought from TM HDQ in Orange County. The Club ceased to exist after he resigned from the company. That said, my TM experience easily adds up to well over 20 years.

Personally, I engaged in an around-the-world adventurous TM-trek! Chicago ‘99 was my first Toastmasters International (TMI) Conference. I enjoyed the similar experiences in Anaheim, San Antonio, Atlanta, and Washington DC in the early 2000’s. I attended sister clubs in Canada and Taiwan and then traveled to South America, Australia, New Zealand, Europe, Thailand. The most memorable trip was in 2014 to Kuala Lumpur, the first TMI outside of North America. 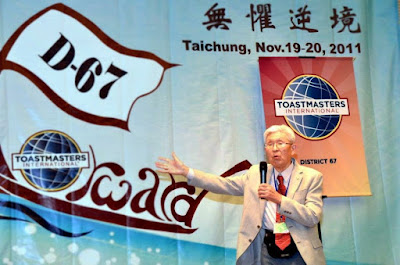 I also encountered my share of problems! I was unable to find clubs in Russia, Brazil and China in the early 2000’s. Except for Hong Kong, China had some signs of starting clubs in several major cities but it was difficult to locate them back then. Today, China has thrived with the TM movement.

At a TMI in the US, I sat with a fellow TM. We exchanged cards before exiting. It was Deepak Menom, the current International President. It is a very small world!