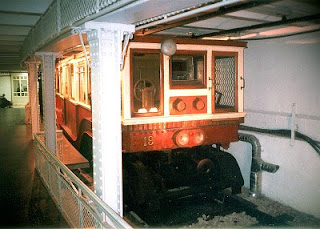 A subway is much easier to ride than a bus when foreigners try to scramble around an unfamiliar country. Taipei became friendlier to me when its MRT System opened in the late 1990s. I could go north or south, east or west as I pleased without any help from local friends. I look forward to doing the same in Kaohsiung on my next visit as a new KMRT System opened in late 2008. I happened to be in Montreal and was honored with a free ride when it opened its French rubber tire metro system in 1966.

I was excited when Edit, my Hungarian friend, told me that Budapest has one of the oldest subway systems in the world - the Millennium Subway. The decision to have a subway was made when three cities, Buda, Obuda and Pest merged into one in 1873 in commemoration of the 1,000th anniversary of Magyarok by Emperor Franz Joseph. It seemed Budapest was then competing with its rival city Vienna. Coincidentally, cities like London, New York and Chicago were all planning underground railways, but using steam locomotives. The change from locomotives to electric vehicles came after 1900, London in 1902, and New York 1904 (Interborough Rapid Transit – 9th Ave line).

For Hungarian metro, two local firms and German Siemens & Halske AG worked together to build the line entirely from the surface using a cut and cover method. Called Franz Joseph Line, the length of line is 3.68 kilometers of which 3.22 kiloneters ran underground. The service started on May 2, 1896. Therefore this line subway is petty shallow, just about 5 meters deep. You can jump into a car in under 10 seconds if you so desire. 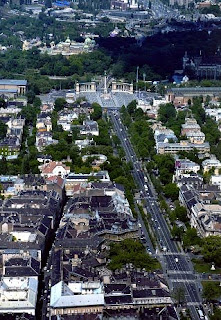 In 2002, this Millennium line, along with the Andrassy ut running on top of the subway got the World Heritage designation. Andrassy ut is an iconic boulevard, compared with Paris’ Chanselise, linked with notable spots like Opera House, the House of Terror, Memorial Houses of Franz Liszt and Lolton Kadraly, Heroe’s and Elizabeth Squares.

There's a subway museum you can visit near the Deak Frerenc Station where you can view some of the original cars.
Posted by riodan at 2:04 AM No comments:

"It's not only enough to be Hungarian. One must also have talent"

The name Bartok struck me when I was listening to the music tape sent from my New York friend. I loved his Violin Concertos which are unique and different and wondered where he was born. He was a Hungarian, although he immigrated to the U.S. 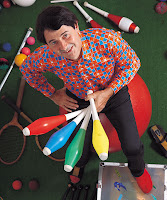 I saw photographs of Robert Capa. His real name was Friedmann, a Hungarian. Then one day I saw Andrew Grove, President of Intel in San Diego. I read his memoir Swimming Across and found he was Grof Andras Istvan, a Hungarian. Upon returning to Japan, I had a chance to listen to Peter Frankl, a genius mathematician and a professional road juggler, a Hungarian now residing in Japan. He wrote many books in Japanese, including his autobiography Why I speak 11 languages.

Over a dozen Hungarian scientists are listed as Nobel Laureates, including Eugene Wigner, who was involved in the Manhattan Project; Rubik Erno, who established the International Rubik Foundation; George Soros, CEO of Soros Fund Management; Biro Laszlo, an inventor of ball point pens; and Neumann Janos, mathematician / physicist best known for his game theory. In 2002, Imre Kertesz joined as the first Hungarian writer to win the Nobel prize for literature. He wrote his semi-autobiographical novel Fateless dealing with the Holocaust.

According to Peter Frankl, who serves on the Hungarian Academy of Science as an adviser, research conducted on the Hungarian genes did not reveal any uniqueness compared to neighboring nationalities of Serbians, Romanians, ...,etc. Hence the teaching "not only to be Hungarian, he has to have a talent." The same applies to the Japanese as well, all the more. 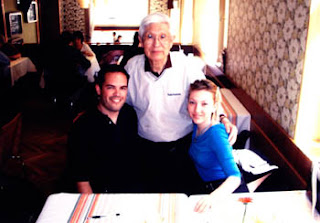 I had a friend in Budapest, who studied Japanese in Kitakyushu. Her Japanese is excellent. To speak Japanese that fluently, one would have had to spend at least a couple of years in Japan. Her English is also superb, as she had studied in Australia. During my trip there, her boyfriend, who was also a friend of mine, visited Budapest from Mexico. We got together for a little reunion. What a combination between Hungarian and Mexican! They met in Kitakyushu. She was applying for a job with a Japanese manufacturer and she was told her interview went well. In a cafe, we toasted to her success.

I stayed in a Buda side hotel, by the Deli Station for 5 days because of its proximity to the Gellert and Castle Hills and the hotel where the Hungarian Toastmasters met. I moved to the Pest side hotel one day before leaving for Vienna from Keleti Station. I took a day trip by train to rustic Szentendre on the Danube Bend, and a boat ride coming back. It was a wonderful sunny afternoon to view the Chain Bridge and the Royal Palace. The waltz "Blue Danube" was written by Johann Strauss for his Hungarian friend / writer Carl Beck. 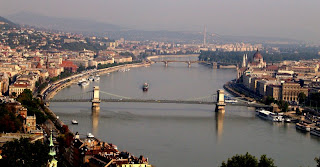 Posted by riodan at 1:38 PM No comments: 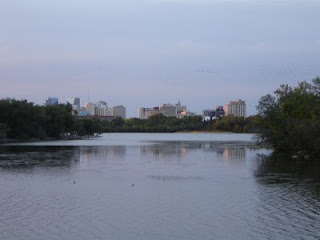 It was a strange parade!

The twilight veil crept in over the Wascana Lake in Regina, Saskatchewan one summer night in 2001. Autos arrived and unloaded people from everywhere. They flocked together along the lake and divided into two groups. The first group carried lanterns and formed a line. The second group joined the onlookers, away from the formed lines.

Verna, my Regina friend, her two children, and I waited for her husband, Ramon, who went to park the car. We waited under the well-lit park lights. The children needed to use the porta-potties, which were neatly set up along the edge of the park. Ramon soon joined us and we sat on the shore rocks, along with the other onlookers. This man-made lake has white sands on the beach.

The parade started moving as darkness fell. No music. No announcement. Silent, slow, but a steady parade. It moved clockwise along the lake. Lanterns waved between the trees. Across the lake, two boats sailed counterclockwise with three lanterns hung on each side of the boats as they circled the lake. As they sailed in front of us, I recognized that they were the dragon boats that I had seen the other day on the lake. Rowers paddled in silhouette without sounds.

The parade came to a stop when it made a half circle of the lake. The onlookers dispersed in twos and threes. Everyone remained silent.

What kind of parade is this? I went to the library before leaving Regina. After searching for half an hour, I found a microfilmed local paper dated May 2000. "Based on the success of last year's Lanterns on the Lake, we expect about 10,000 people to show up, enjoy the cool summer night and kick off the Art Festival in the fall. Kits of star-shaped lanterns are on sale for $5.00 each

Note:
Regina has more parks and greenspace per capita than any major city in Canada. Wascana Centre is a huge 9.3 square kilometre (2300 acre) park that is built around the shores of Wascana Lake, a man made lake in the heart of Regina. It is one of North America's largest urban parks, and has several attractions such as several walking and bicycle paths, the Saskatchewan Science Centre, an outdoor pool, a marina with boat rentals, the Saskatchewan Legislative building, and the Saskatchewan Centre of the Arts.
Posted by riodan at 11:30 AM No comments: