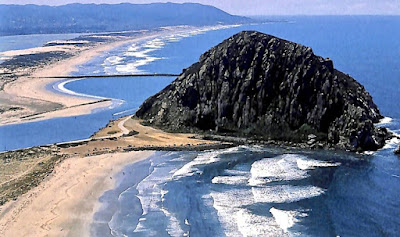 Spaniard sailors called it "El Morro".
A landmark for their navigation,
An awesome rock mound, about 600 ft. tall
Edged on a Pacific Coast beach.

Traveling from the inland San Luis Obispo
It's the last stack bolted in the bay,
One of a linear series of volcanic knobs
Hollister Peak, the closest in the line.

El Morro was exploited as a quarry for some time
by heartless miners
Though disfigured with scars and weather beaten,
It added more dignity and reverence.

Today it is a State and National Estuary
covering the bordering sand dunes and spits,
salt marshes and mudflats.
A sanctuary for birds, plants and sea animals.

I flew over the Pacific Coast
from San Diego to Seattle.
I recognized El Morro from the air
It became a landmark of my life and my careers there. 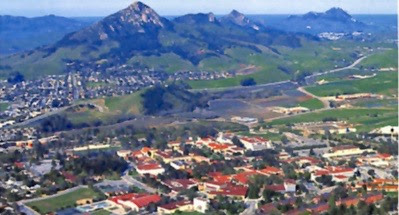 A Most Unexpected Visit to Cuba 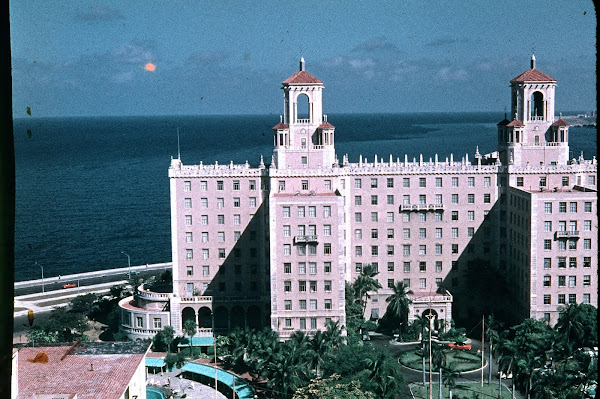 One of my favorite Spanish songs is “Guantanamera”, a Cuban song. The composer is Jose Fernandez Dias (1908-1979) and the lyrics, nobly dignified, is dedicated to Jose Marti (1853-1895) to honor his life and efforts to liberate Cuba from Spain.

Probably I was one of the rare Japanese who got to visit Havana, Cuba in December of 1961, soon after the Cuban Revolution. Cuba was not originally in my travel plans. I delegated the task to a Japanese measurement instrument manufacturer to visit Mexico, Colombia and Venezuela, where area sales to governments and industries were gradually increasing through local representation. While in Mexico, I came to learn that the Cuban Government was interested in the so-called AC Network Analyzer, an analog electrical distribution analyzer such as the one my employer made.

Luckily, Mexico was then the only country where I could obtain a Cuban visa. With the help of Mitsui Trading Company in Mexico, I submitted my visa request and commuted daily to the Cuban Consulate there. My visa was granted for 4 days, from December 4th to the 8th. I reserved flight tickets right away on Cubana de Aviacion.

Capri was the Havana Hotel where I stayed, (6 Dollars a night, less than one Dollar but more than one Peso at the time), guarded by a soldier with a machine gun.

In Havana, I visited Campana Cubana de Electricidad. The engineers I met there were Stanford University graduates. 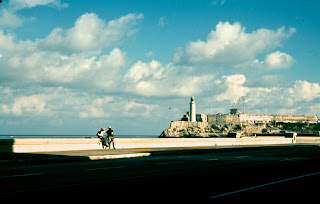 They seemed to be conducted a comparative analysis of our product against counterparts of GE, Westinghouse and others. They showed me a room where the instruments were to be installed. The power requirements were 120/240V, 60Hz. I made the rounds to the various Ministries accompanied by Mitsui Trading. The talks, however, did not pan out even with the option to barter with sugar as far as I know. My gut observation was that Cuban people were short of daily necessities and medicines in particular. How do you value an instrument or an engineers’ toy versus food?

The highlight of my Cuban visit was a drive out to Ernest Hemingway’s "Old Man and the Sea" beach and a dinner reception hosted by the Japanese Ambassador Tsumura. Besides me, two other Shosha men stationed there were also invited. Ambassador Tsumura (who was stationed there without his family) welcomed me to his empty official residence. I learned that most Japanese expatriates and families were evacuated earlier, leaving only the Ambassador and two Shosha men there in Havana. 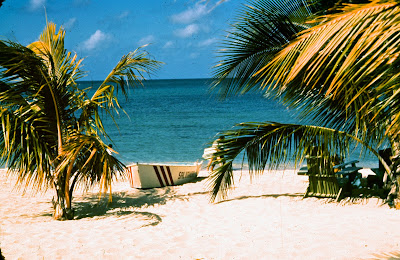