The Tango as Therapy 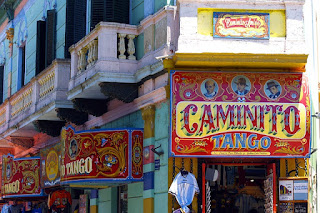 Few visitors to Boca Raton, Florida, known for its affluence, imagined the area means literally 'the rat’s mouth'. This same Boca in Buenos Aires was named to its port by European immigrants. Today "Boca" thrives as "Junior Boca", young soccer teams adorned by local kids. La Boca, however, wears another face there. It is a popular destination for tourists, like me, to visit colorful houses and pedestrian street “Caminito”, where Buenos Aires tango dancers graciously and sensuously perform.

In 2001, I extended my trip to Brazil-Uruguay-Argentine (bordering Iguaz Falls) to Buenos Aires for two reasons: 1) to attend Buenos Aires Toastmasters meeting and; 2) to visit La Boca.

I took special social dancing lessons in my late teen days until I changed my major from economics to English. My favorite lessons were the waltz and the tango. When I heard music like La Cumparcita ("The Carnival", 1917) or Yira-Yira ("Go Round and Round", 1931), I was so exhilarated. I kept my dancing shoes separate from the family show rack. Lo, I haven't danced the Tango for a long time now. 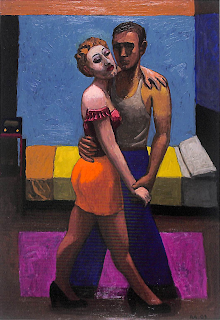 In tango, steps, or rather leg glides, "Caminando" in Spanish, meaning "walking" is non-stereotype. The couple synchronize with the music, you and your partner and the environment. You follow no single specific rhythm. Because the dance is led and followed at the level of individual steps, the variations can occur from one step to another. This allows dancers from one step to the next, to vary the dance from moment to moment to match the music and the mood. I like the tango flexibility.

Another thing, tango lines your two kneecaps close, corrects your carriage, keeping your posture straight. I felt very refreshed, blowing off my stress after Tango dancing. Tango may be good for physical fitness, akin to Judo or Aikido. Strange that Tango has a therapeutic effect, blasting away daily stress. People in La Boca gathered to free themselves from nitty-gritty lives of poverty.

Tango music sprouted around the turn of the century (1900) in Boca neighborhoods. Most well-known was Carlos Gardel, a French-born Argentine singer, songwriter, composer and actor. Initially it seemed he had a tough time initially, even unable to buy Mate tea to drink, but gradually overcame the challenges. He succeeded in performing in New York and was a huge success.

Alas, he met a tragic death when his plane crashed in Medellin, Bogota in 1935.

P.S.
I participated one night in Buenos Aires Toastmasters gathering named Morris Gellman and was welcomed as a speaker from the Orient. I remember I talked about Japan as volcanic islands archipelago. I am happy to report the Club is sound and going strong. Big cheers! I befriended Lidia Cobo, with whom I exchange emails. Below is a photo of the Cobo sisters. 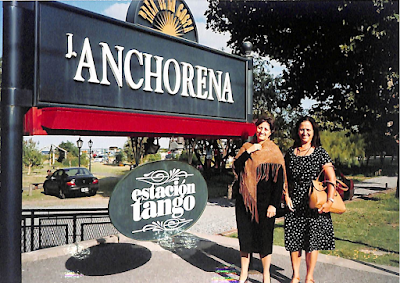