The Class of 2016 graduating from Minato Gakuen was congratulated once in San Diego in mid-March and again in Kyoto in early April. Here’s chapter and verse of the life spanning story and the fruits of the concerted service and dedication of all those parties involved.

Minato Gakuen was established in 1978 as a Nihongo Hoshuko (Saturday Japanese Supplementary Language School) in San Diego primarily for the Japanese expatriate children. Most expatriate’s term of assignment range from 3 - 4 years and during that time, the parent’s biggest headache was that their children could face hardship upon their return. The mission of Hoshuko is to help students preserve Japanese cultural values while attending American schools and to keep from falling behind in their Japanese studies. Before Minato Gakuen, some expats had enrolled their children at Asahi Gakuen in Los Angeles, despite their 4-hour round-trip drive. Arthur Jonishi, first President of Minato Gakuen, one of the founders, felt the dire need for a Hoshuko from his boyhood experience in Canada. 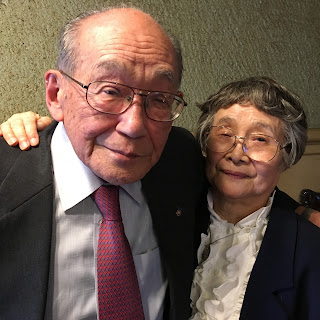 Under his leadership, with advice from volunteer lawyer Richard Miyao, a preparation committee was formed, composed of expats and their wives, and they petitioned the office of the LA Consulate General of Japan for obtaining assurances of Monbusho support. I myself served as the committee representative and collected signatures of San Diego Japanese Americans to cope with the rally of the pre-existing private Japanese school. Compared to Los Angeles, there were just a handful of beneficiary Japanese companies with limited financial resources. We had to initially ask expat spouses to serve as teachers without pay. PTA members served as sergeants at arms for annual events such as field day and picnics, and act as consultants to manage the school, again all without pay. Mr. Kouichi Kuwahara, representing Tanabe Pharmaceuticals San Diego, preferred to have Mrs. Kuwahara serve as the first Principal of Minato without pay.

I contacted the San Diego Economic Development Corp (EDC) to secure free school rooms. My contention was that this school, once launched, would add impetus and incentives for more Japanese investment in San Diego. The wave of Maquiladora trade expansion was just beginning across the US-Mexican border. This trend was unmistakable as second year enrollment at Minato jumped from 39 to almost 100 students. With more beneficiary companies arriving, the school was able to pay for teachers and offices combined with tuition income.

Miramar College (EDC) mediated for Minato, which has been providing facilities for the police academy and its field firing ranges, in addition to pursuit drive training on the college ground. The classrooms were scattered and the desk and chairs were too tall for Minato children. We knew Miramar College was not a perfect fit, but we were happy to endure the inconveniences. In 1981, Minato moved to Wangenheim Middle School in Mira Mesa. It is a quonset hut, but the classrooms were in one location all together. Mrs. Yasuko Okai served as acting Principal when Mrs. Kuwahara returned to Japan. In 1982, Minato welcomed Mr. Shoichi Nagase, the first Principal sent by the Japanese Ministry of Education. In the first changing of the guards, Masayoshi Morimoto replaced Arthur Jonishi. The spirit of service was maintained, even ramped up, by faculty members, the PTA and the mother body, San Diego Nihongo Kyoiku Shinkokai (San Diego Association of Japanese Language Promotion). 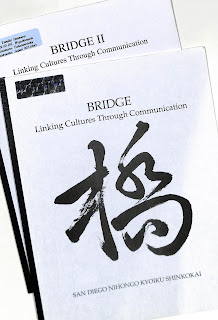 In 1988, Minato Gakuen celebrated its 10th Anniversary, the year I happened to serve as the 5th President for the mother body. I worked closely with the 3rd Principal, Satomi, from the Ministry of Education. It was Satomi-Sensei who composed the Minato School Song based on the lyrics by Takahashi Sensei. Kazuo Takada (deceased), Satomi, and I endeavored to develop Minato-based community relations, inviting local school teachers (for the Japanese children) once a year, printing the English magazine “Bridge”. The efforts did not last long as all three left San Diego for individual reasons. My reason was my retirement, in 1995.

In 2003, Minato invited me back to their 25th Anniversary and concurrent graduation ceremony. Minato Gakuen was then moving to Sweetwater High School in Chula Vista as the majority of parents were in southern San Diego. It was the year a brush fires hit north San Diego, Scripps Ranch in particular. I visited a couple of friends, including Mas Nakano, then Minato President, who was affected by the fire. I had the pleasure of meeting with Minato legal adviser Richard Forsyth, an old friend, and the then Honorary Japanese Consul General Dr. Randolph Philip.

About two years ago, I was contacted by Akiko Vogel from Minato trying to open its kindergarten. Her question was about the original school bylaws. Since then, we have been keeping tabs on Minato’s progress and I reported it to the annual San Diego OB Reunion in Kansai area. Last year (2015), I reported that Minato moved back to Clairemont, renting Madison High School’s facilities. Our house was close to Madison High and my two children graduated from Madison. The news pleased the Reunion members. This year I reported the total graduates from Minato was over two thousand (see the breakdown table by elementary, junior and senior high schools), and Minato ranks among the 10 largest Hoshuko in the entire U.S.

Kyoto Reunion members included Haruo Nishimura and Mikio Ando, who served as Minato President before and after I served. Special participant this year was Arthur Jonishi, the founding President, and Masako Kuwahara, the first Principal, and Mr. & Mrs. Hosoe, Tijuana resident, who enrolled their two children in Minato right from the start. I learned that their two sons went to Marian Catholic High School in Chula Vista. Their eldest son graduated from Jochi University, worked at an IT related company and then established his own company before merging with a larger company. The younger son graduated from Keio University then worked at Accenture Tokyo and Singapore. In a few months, he was to be relocated to Accenture San Diego.

We all toasted the 53 graduates of 2016 and the endless future success of Minato Gakuen. We are sure Minato can overcome any obstacles as we remembered our journey beginning from square one. 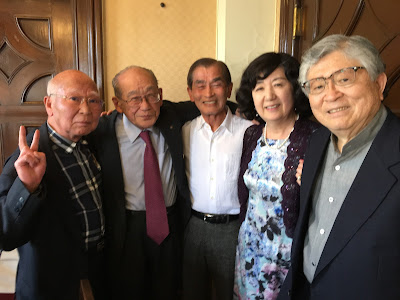 I received the following e-mail from Richard Miyao, Esq.

Thank you for updating us on the growth of Minato Gakuen hoshuko since my departure from San Diego in 1986 - the year when both Kazuo Inamori and Akio Morita attended Japan Day in San Diego. The school had been an integral part of the development of subsidiary operations of Japanese companies in San Diego County.

What is not stated in your memorable update is the great role you fulfilled in being an excellent facilitator in the formation of Minato Gakuen. It was my pleasure working with you in incorporating Minato Gakuen in 1978 as a volunteer attorney. Thereafter, I attended most of the monthly meetings for eight years.

As Administrative Manager of 1,800-employee Kyocera International, Inc., your volunteer input on behalf of Minato Gakuen was great not only in the incorporation process, but also thereafter. You served as Secretary for the Board of Directors for many years prior to my departure in 1986.

Kyocera's then U.S. President, Arthur Jonishi, who originally established Kyocera in the U.S., volunteered in the pre-incorporation period to mobilize potential sponsors of the school. In the start-up, he served as Chairman of the Board for three difficult years in laying the foundation and activating the operations.

Prior to leaving San Diego in 1986, we were able to have Richard Forsyth, Esq., succeed me as volunteer legal counsel. Additionally, you consulted a Japanese attorney who recommended that I begin my legal studies in Japan by working with the Kyoto Comparative Law Center under Dr. Zentaro Kitagawa of Kyoto University Law School.

In 1988, I assisted Dr. Kitagawa as chief foreign legal assistant in writing supplements for a 7-8 volume set called Doing Business in Japan, which is written in English. He was the General Editor who served as Dean of Kyoto University Law School and later as a member of Mombu Kagaku Sho's Think Tank. Additionally, working for Kazunori Yamagami, Fulbright Law Scholar with U.S. LL.M. and Koji Hirokawa, former Osaka Judge with U.S. LL.M., completed my legal education in Japan. At the same time, it was possible to meet and dine frequently with Arthur Jonishi, retired president of Minato Gakuen and Kyocera in the U.S.

Upon my return to Hawaii in 1988, my practice of law continued to include volunteer legal work for Rainbow Gakuen, another hoshuko. I am now in my 34th year of combined advisory work for Minato and Rainbow Gakuen.

I would like to thank Arthur Jonishi and you for providing me with an opportunity to have a meaningful law practice in San Diego. And I congratulate the volunteer board of directors and others in San Diego and Hawaii in continuing to insure the supplemental Japanese education of mainly children of employees of Japanese companies.

Thank you, Rio, for your update on Minato Gakuen!

Richard, thank you for your followup letter and compliment
given in my involvement in chartering.

Minato Gakuen filled a niche for children who needed to
learn and continue with Japanese education as this opportunity
was was not available. It took a tremendous amount of insight
to create and offer education in Japanese which was made
possible only with the force of need and fantastic community
involvement.

You may remember it was a great surge of movement of
volunteers that arose spontaneously at the crossroads of life
called "San Diego", who happened to be in right time.

As I watch faces of each individuals on the panoramic
inauguration photo, I cannot but feel a strange sensation of
meeting them and working together for the common cause.
Everyone therein is worth the praise for the job-well-done,
sending out over 2000 Minato graduates.